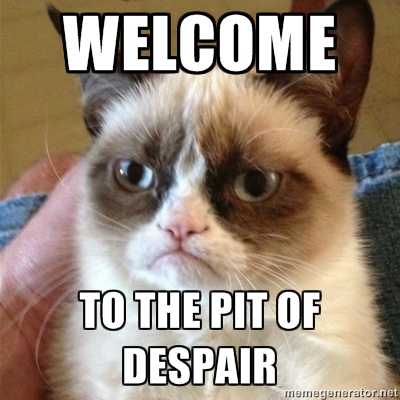 This part of the project is the one I have the least experience with and the one which I’ve spent the most time trying to find a solution that works the way that I need.

To put it bluntly I don’t know if a solution exists that is capable of doing what I want with the level of simplicity I want. Almost every solution I have found has its own unique set of shortcomings, almost all of those are performance or complexity related.

I have been through several levels of insanity trying to get a viable solution implemented, including a momentary period of complete lunacy in which I planned to write my own solution.

Lets look at what I am looking for in a backend filesystem:

To make this setup work, we need a highly robust, distributed filesystem for configs and application data.

I started out thinking I could do this with RSYNC and NFS, but the number of files I am going to have, especially on the mail stores is just too great. Using RSYNC would have left the filers IO and CPU bound trying to keep hundreds of thousands of tiny files in sync.

DRBD was ruled out as soon as I decided that WAN/Internet replication was required. They do have a WAN proxy you can use, but it costs money and I’m too tight to be paying for it.

I spent 3 solid days trying to make XtreemFS work well. In the end the Fuse client wound up being pretty terrible and then I had a bunch of issues getting Directories and MRC’s to replicate properly. I think I will come back to XtreemFS later on, it has a lot of the atributes I am looking for its just not quite at the stage I need it to be right now.

Next I tried GlusterFS, the initial tests I did worked and the further tuning I’ve documented below wound up making the GlusterFS system perform pretty well. The GlusterFS team are also working on multi-master WAN replication, I believe this year they will have features that will make every node writable globally making it exactly what I am looking for. I even wrote up an amazing blog post about how great Gluster was and was ready to post it last week until I went and did some performance tests comparing normal disk to Glusters performance and I realised I’d fallen in love with a fat chick of a file system. I’m certain that Gluster would be amazing if I had unlimited resources and if I bought it a gym membership, but the ultimate outcome was its been causing lag and all kinds of weird filesystem inconsistencies, its just not fit enough for prime time.

So where the hell do I go from here? Naturally I stay up all night, drink scotch and read…. I read up on so many different solutions, but all came with their own caveats or proprietary licensing that I found unacceptable. I have one last hope – CEPH but you know what, I don’t have the energy left in me to wake up again in the morning only to discover I have to self administer an arm amputation to escape yet another filesystem I’ve thrown my all into.

I’m a cop out. I’ve decided that I’m going to defer any further ambitions of clustering filesystems until I (or someone who’s generous with their time and is willing to help) get the emotional energy to build a testbed I can do a clustering FS shootout on to once and for all work things out.

So what am I going to do? Well the solution turns out to be incredibly easy and it uses some pretty cool tech too! The good folk at Bittorrent labs have developed a product called Sync. Sync is as the name suggests a Bittorrent based file sync tool, very similar to Dropbox or Google Drive, only the data only replicates to locations you choose. Data on the wire is fully encrypted and you can even share in read only mode which is perfect for centrally managed configs – one of the things I’m planning on using it for. Sync also has clients for almost every platform you could hope to install it on – Windows, OSX, Linux all have options.

Setting up the file shares

Because I originally built the app servers to use network filesystems, I’ve only got small drives allocated to them. This is now changing, so we need to add some more storage to them, I’m going to give each app server a 100 Gig disk for shared data. Make sure to spread the allocated disk space over as many physical disks as possible in case you have a disk failure and also to ensure as much IO is available for each app server as possible.

This link has a great howto on adding drives to Ubuntu server, its really easy to do so I won’t bore you with that info here. I’m mounting the new space as /data

I want to share web, mail and config directories between all my app servers, so I’m going to create 3 directories that we will share.

The package keeps all configs in /etc/btsync to create a share all you’ve got to do is create a config named like this:

The daemon will start an instance with the credentials from the filename and the configuration from inside the file. Its pretty easy and the config files tell you what to do, so lets look at a sample config.

Make sure you generate one secret per share, if you use the same secret in multiple shares you’ll wind up with scary things happening. When I say scary things I mean one great big file share instead of three separate ones.

Now you’ve got all three of your config files installed its time to start the daemon.

To finish the install, repeat this process on each of your app servers. You can use the exact same config files as you used on your first app server, all you have to change is the “device_name” field in each config. The secrets must stay the same as they are on the first server for replication to work properly.

To test that sync is working, you could drop a file in /data/www on one server and watch that it arrives on the other server but what fun would that be?

You’ve now got a replicating filesystem and a pretty easy way to take data offsite for backup if you want to. Its not what I originally set out to build but it is resilient and much faster than the stuff I’ve tested so far.

I do plan to return to this part of the project as I’m sure there are solutions that will do what i want, but I didn’t want the project to be held up any longer by the amount of time testing has taken. If anyone feels like helping me setup a clustering filesystem shootout, drop me a line. We will need to find some storage with good IO and 5 VM’s to build the testbed on.

Next week we move on to more exciting things – MySQL clusters!